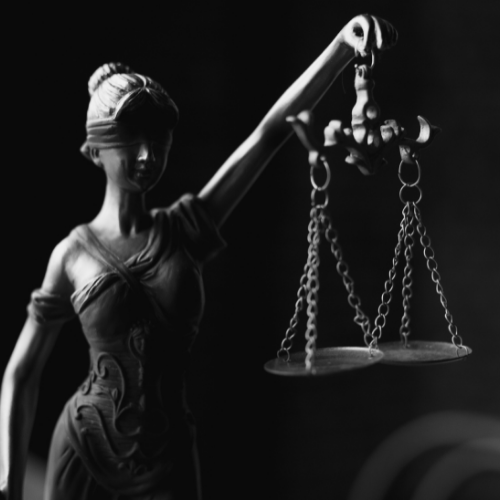 Many law firms were established in the pre-independence and post-independence Nigeria, but only a handful survived till this day. These surviving chambers are a testament to the resilience of Nigeria’s corporate culture.

The CRWC was founded in Lagos in the 1940s by Chief Frederick Rotimi Alade Williams (FRA), a member of the Queens Chamber (QC), as well as a Senior Advocate of Nigeria (SAN).

The legal luminary (1920-2005) was a major constitutional law advocate. Following his death in 2005, his two sons—Ladi Williams (SAN), and Folarin Williams—managed the firm until the death of the former this year.

FRA and his son, Ladi, became the first father and son to be made Senior Advocates of Nigeria.

Some of FRA’s grandchildren, Alade and Kunle Williams, are partners in the law firm.

Speaking on the journey of the firm so far, Abimbola Akinjide-Williams, one of the grandchildren of the late legal luminary, recalled that it has gone through various challenges, but they have continued in the practice, with a new chambers founded out of the former Rotimi Williams Chambers, known as Black Table.

She said, “We have continued with the practice. The chambers had constitutional lawyers. My father did election petitions, my grandfather sat on the committee that drafted the 1979 Constitution, which was amended, as well as the 1999 Constitution amendment.

“There has always been a smooth handover to the next generation of lawyers. There is a lot more competition today than when my father and grandfather started the practice. The company is bigger and there is a lot more people in Lagos.

“Our major challenge has been the same as in every Nigerian —power and corruption. And when you ask foreigners to come into the country, it is extremely difficult because it is a hostile environment with uncertainty in government policies.”

She said the law firm had been sustained all these years because of a lot of hard work and specialisation, adding, “The lesson for Nigerian lawyers is that partnerships are relationships between people. It can start as a one man show but later develop into a partnership so that they can have more fund and other benefits. A partnership is a stronger model.”

This firm was established in 1946, with headquarters in Onitsha, now Anambra State, by the late jurist, Chuba Ikpeazu (QC), who later joined the bench.

Ikpeazu was appointed to the bench between 1964 and 1983. He died in 2003 and his son, Dr Onyechi Ikpeazu (SAN) inherited the firm, so are some of his grand-children, such as Amaka Ikpeazu, a lawyer.

The firm was established in 1947 in Lagos. The name was derived from the Igbo word ‘punuka,’ meaning “get out of dispute.”

It was founded by Chukwunweike Chike Idigbe, a renowned community leader and jurist in Asaba, Delta State, who also served on the bench, becoming a justice of the Supreme Court in 1964.

He died in 1983, aged 60 years, and the firm was inherited by his son, Anthony Idigbe (SAN) and his grandchildren, including, Isioma Idigbe, a lawyer.

The 74-year-old-firm is fully integrated and multi-dimensional, providing legal services to a highly diversified client base, with many partners and associates.

Akinjide and Company was established by a renowned diplomat, educationist and journalist, Chief Richard Akinjide (SAN) in 1955 in Ibadan, Oyo State.

The former president of the Nigerian Bar Association (NBA) between 1970 and 1973, served as minister of education in the First Republic and was the Attorney- General of the Federation and Minister of Justice in the Second republic.

He died on April 21, 2020 and the company was inherited by Abayomi Akinjide and Jumoke Akinjide, while other children and grandchildren either practise in the chambers or have passed through it.

This was established in Lagos by Dr Arthur V. Nylander in 1958 following his call to bar in 1958.

He was an academic and diplomat, having risen from a senior lecturer to sub-dean of the Faculty of Law in the University of Lagos. He died on July 13, 2017, aged 89.

His son, Leslie Olutayo Nylander, is a senior partner in the firm, while one of his grandchildren, Dideolu is warming up to join the practice.

Asked to speak on the challenges of the law firm, Olutayo said that like every other business in Nigeria, Arthur Nylander Chambers had its challenges.

He said, “The law firm is also finding it difficult with the cost of running the business from day to day. For instance, the cost of electricity has gone up while the supply has reduced. But we are looking forward with optimism in the new year.”

It was established by a prominent community leader, Chief Chike Ofodile, in Onitsha, Anambra State in 1959.

The firm is currently managed by his son, Emeka Ofodile (SAN). His grand-daughter, Netochukwu Ndukwe Ofodile, is also in the legal practice.

He was the Attorney-General of the Federation and Minister of Justice, as well as Minister of Mines and Power between 1999 and 2000.

The late legal luminary, fondly called Cicero because of his oratory power and his ability to speak Nigeria’s three main languages, was also known for several controversial political and legal quotes.

The law chamber is being managed by his associate, Kolawole Esan, while his grandchild and lawyer, Kayode, son of his daughter, Funsho Adegbola, draws inspiration from the firm.

The Babatunde Ganiyu Rasheed Dalley and Partners was established in Lagos in 1962. It has since grown into one of the oldest and largest legal service providers in Nigeria.

The founder, Babatunde Dalley (SAN), is one of Nigeria’s most renowned legal scholars. Under his leadership, the firm has overcome decades of challenges to provide legal solutions for both local and international clients, from aviation to intellectual property.

Partners in the firm are Aderemi and Fatai Ajibola Dalley. Some of the grand-children of the founder are warming up to join the practice.

This firm was established in 1962 by Sir Olaniwun Ajayi, who was also a barrister of the Inns Court of England, as well as a solicitor and advocate of the Supreme Court of Nigeria.

He was a community leader, legal and political scholar and author of the books: The House of Oduduwa Must not Fall (2005); Lady Adunola Ajayi in Retrospect (2008); Nigeria, Africa’s Failed Asset (2009); Lest We Forget (A Memoire, (2011); Isara, Afotamodi, My Jerusalem (2011); and Nigeria, Political Power Imbalance: The Bane and Chain Down of Nigeria’s Progress and Development (2015).

The law firm has evolved into a limited partnership under his son, Professor Konyinsola Ajayi (SAN). Also, his grandchild, Folarinwa Ajayi practises in the firm.

Orok was a community leader and opinion leader in the former southeastern state, which was later divided into Cross River State and Akwa Ibom states.

In 1981, the name of the chambers was changed to Orok Ironbar & Associates following the graduation of Orok Ita Orok’s two children, Grace Ukpong (nee Grace Ironbar) and Orok Inang Ironbar, as lawyers.

Why some law firms fail  – Lawyers

A lawyer, Obinna Onya, stated that good corporate practice and social responsibility with pro bono services are important to the survival of law firms.

“We have had cases entered by individuals for over 30 years; and even after the death of the individuals, the law firm pursued and concluded the cases on behalf of their families, free of charge,” he said.

Emeka Nwadioke, a lawyer, told our reporter that the problem with Nigerian law firms is that they are not structured like businesses, so they find it difficult to grow organically. “The effect is that once the principal dies, the firm folds up,” he added.

In his view, the chairman of the Nigerian Bar Association Section on Public Interest Law (SPIDER), Onyekachi Ubani, said the absence of strong foundations and enduring partnership is the cause of the failure of law firms in Nigeria.

Another renowned lawyer, E.M.D. Umukoro, identified the mindset of the founder of a law firm; management or administration of the firm (where the firm is run as a personal venture); lack of planning; no transitional tools or system in place; no career plan for employees; poor financial plan and lack of financial discipline for staff, including the founder; business climate in Nigeria; wrong mindset of most employees and the society as being responsible for the demise of some pioneer law firms in the country.

“If we are not serious with science and technology we cannot develop as a country. Every year, Nigeria produces thousands of lawyers, but they don’t produce scientists in the same numbers,” he said, adding that it does not matter if a law practice was handed over as a legacy or not.