Prioritising skills, not certificates can push Nigeria to China’s track 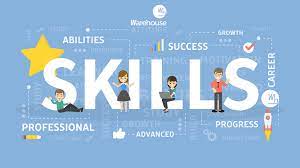 China is the most populous country in the world with over 1.4 billion people as of August 2021 but in spite of this, the country is doing great and giving competitors like the US and other countries a fight in the top place of the global economy.

Findings indicate that this country understood the human assets it has and has built on this by enforcing skills acquisition and industrialisation; now it is reaping the dividend of these human resources. But this is unlike Nigeria.

Nigeria, one of the 54 countries on the African continent is the most populous African nation with over 200 million people this year, according to estimates by the National Population Commission (NPC). Statistically, Nigeria’s is below 15 per cent of China’s population, which means Nigeria is overpopulated and still having vast, arable land.

In spite of all the resources, the country is not fast-developing like its sisters in Europe and Asia. I am not exaggerating if I say the resources, which are blessings to the western world, have turned to be the factors responsible for the underdevelopment of Nigeria and Africa at large.

Where then did Nigeria and Africa get it wrong? The answer is that, unlike China, we are overpopulated with a larger percentage of unproductive and unskilled people.

Our youths have the mentality that all they need to succeed in life is a certificate, not the skills and technical know-how of doing things.

You can retrace this malaise to the early era of Nigeria as a country when the crude oil business was initiated. Before the discovery of crude oil in commercial quantity in 1956 in a village called Oloibiri in present-day Bayelsa State, Nigeria was known for her agrarian economy.

Agriculture was the major source of her foreign exchange earnings through the exportation of cash crops such as rubber from Delta state in the south-south region; groundnut, hide and skin produced by the northern region; cocoa and coffee from the western region; and palm oil and kernels from the eastern region of the country. The painful side of the story is that most of these companies and activities are nowhere to be found in the country thereby rendering many Nigerians jobless.

The major reason for this negative change is that Nigeria has shifted its attention to crude oil production and abandoned agriculture. This has turned the cash crops exporting country into an importer thereby leading to finding it hard to feed its citizens.

The above translates the assumption of the dependency paradigm of development, which opined that the developing nations are underdeveloped because their citizens’ way of thinking and doing things is stopped by the western world. Had it been Nigeria continued how it was before colonialism, then by now we could have been producing all that we need for our consumption and even export them.

At present, Nigeria imports its daily consumptions like textiles, shoes, foods, utensils, vehicles and electronics. Is it not high time we rethink and review systems to enable our youths to be creative and innovative so that they will be self-reliant?

It is good to note that the secret behind the success of the developed countries is that their educational institutions and places of work value skills more than theory and certificates in teaching and recruitment. They graduate practitioners and talented engineers but the reverse is the case in Nigeria and some African countries.

We graduate mostly certificate holders and job seekers.  This forms the foundation of why we are underdeveloped and finding it difficult to develop.

Considering education as a system for development, it is a fact that no nation can be great or rise above the quality of its educational system. Education in every sense is one of the fundamental factors of development. No country can achieve sustainable economic development without substantial investment in human capital. There is no doubt education enriches people’s understanding of themselves and the world. It improves the quality of their lives and leads to broad social benefits to individuals and society.

However, education in Nigeria has not achieved a lot in raising people’s productivity, entrepreneurship and technological advances. This is because the system focused more on theory instead of the practical aspect. This notion must undergo a total overhaul if Nigeria wants to be one of the developed countries in the world.

In my view, feeding students with the theoretical aspect of their courses of study for 70% to 90% at the expense of practical will affect not only the student but the educational system and the country at large. The fact is that these students will not be able to contribute positively to society as the theories they are acquiring in school are capable of being varnished months after graduation.

This is dangerous especially looking at the fact that they have no practical knowledge to become productive and/or independent.

The schools would need to do more to make graduates more productive in the courses they study for them to challenge current realities.

For instance, if Nigeria’s system of education was well-grounded on practical and not theories, our students would have been at the forefront in the fight against the novel coronavirus by inventing ventilators, testing kits, masks, respirators, gloves, gowns and other personal protective equipment and medical devices as well as embarking on research to find the cure of the coronavirus.

These are activities which are mostly being carried by students in other parts of the world.

Imagine having students of agriculture in Nigeria being able to process pieces of cotton in textiles, animal skins into shoes and bags as well as production of tin or sachets of tomatoes, milk or garri or students of engineering being able to produce machines, electrical and electronics equipment.

On the other side, our method of recruiting applicants into government and private organisations also aid in making people less productive and certificate-centred. While growing up in my village -Konkol in the late 90s, I was curious to know the criteria for one to become a journalist with the international media organisations such as the BBC, VOA and DW because I developed an interest in becoming a journalist right from my childhood. I was later told that in recruitment, such media organisations are after nothing like certificates but skills as most of their staff were taken from radio stations here in Nigeria.

Surprisingly, I came to understand that most of them are not degree holders but skill holders. Their professionalism earned them employment. Also, a few months ago, Mallam Bala Muhammad of Faculty of Communication, Bayero University, Kano, told us that he got an appointment in the UK because of an article, he titled “A is not for apple”, citing reasons that the children of the poor do not know apple hence A should be for ant since an ant could be found everywhere.

In Nigeria for example, we will hear an advertisement is placed looking for degree holders in some cases upper credit. This shows that our emphasis is placed more on paper, not what the applicant could offer after employment. Times without numbers, I have come across those who are not degree holders or degree holders with lower grades who function more than those with the second class upper or even first class.

It is high time for Nigeria and indeed Africa to emulate countries like England, America, Germany, Japan and China by prioritising the practical knowledge of students (what they can offer after graduation) not their certificates.

And also, instead of building more universities and graduating thousands of job seekers, we have to embark on the building of skills acquisition centres across the country so that our citizens will be turned to job providers.

I conclude with these quotes, Indian Prime Minister, Narendra Modi once said, “We need to give importance to skill development because this way we can end unemployment.” According to Austrian-British economist, F.A. Hayek “Unemployment or the loss of income which will always affect some in any society is certainly less degrading if it is the result of misfortune and not deliberately imposed by authority.” To American activist Jane Addams, “Of all the aspects of social misery nothing is so heartbreaking as unemployment.”

1 thought on “Prioritising skills, not certificates can push Nigeria to China’s track”