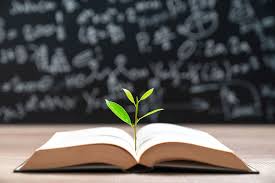 Experts believe that reading hones the mind, making a person think logically and dispassionately. It prepares an individual for distinction in life. Reading is not just for the purposes of education in academic institutions. It is a lifelong activity. However, as important as it is, it is also attractive, but people are not often finding it easy to get themselves engaged in the reading habit. This is because of many reasons, such as lack of proper orientation and the absence of the zeal to dedicate to certain targets. That is why a lot of people you see today with reading as a habit, must have a story of some sort of reasons instrumental in landing them to that habit. I’m about taking you on a journey of how my perception was about extra-class reading habits in school and the way I found myself landed into the practice.

I was somebody who finished primary school where every academic activity terminates at 2 pm and students thereafter return to their parents’ houses. Virtually all of us then, on getting to our houses we usually hang or dump our school bags and books at their usual spots, never tending to check them again until the next morning when we are ready for another day in school.

The same thing happened at all intervals that were not school time i.e. weekends and during holidays. With this attitude, I got admitted to the oldest secondary school in Northern Nigeria, Barewa College, Zaria, which was a boarding school housing its students and staff.

Right from my primary school days, I love reading storybooks, particularly Hausa literature. This was due to the inspiration or motivation I got from my ‘big bros’ who was then in the habit of gathering us to listen to him reading from the Hausa storybooks. My love for the Hausa storybooks made me excel among classmates then as even our teachers were giving me some Hausa storybooks to openly read to the hearing of the class. I could remember my favourite books then were Magana Jari ce, Ruwan Bagaja all by Abubakar Imam.

On getting to Barewa College, I found the setting quite different from the one I was used to. It took me some time before getting myself altogether. This was because of the strange and wicked attitudes of the senior students we had then. I could remember one of those days trend welcome to BCZ ‘entertainment’ that final year i.e. SS III students used to give new students. This and lots of issues often get a new student startled for sometimes before adapting to the school environment.

Barewa College, a centre of excellence as is mostly referred to by its old boys and those conversant with the school record, is situated in Gaskiya area of Zaria city, where it is currently neighbouring some higher institutions of learning like the annex campus of Nuhu Bamalli Polytechnic and the Ameer Shehu College of Advanced Studies, Zaria.

Students from these neighbouring institutions often frequent the classes of the college in the evening hours for their personal readings and other academic exercises.

Barewa’s academic activities do not terminate at noontime as is the case with day schools. Our academic activities then at the college, last up till 10 pm with some interval breaks. Every weekday starts with normal class lesson periods, which terminate at 2 pm, prep classes followed thereafter, with the first holding at 4 pm and the second at 8 pm.

The activities in the prep classes are not uninformed for all days. Some days, the prep class features the school teacher using the period to revise a lesson he taught from morning to noon.

For some days, the period used to have a student from senior class coming to a particular class lower than his either ‘suo motu’ or on the affected class ‘summon’ to assist them with tutorials. Some days have the particular class members allowed to study their books in the class but with some supervision because of the tendency of them misbehaving if left unchecked.

Students from the neighbouring higher institutions I earlier mentioned were also frequenting the school classes at evening time for their personal readings. Some of them also used to pass their nights in those classes with light candles. Usually, when we were returning from those night preps after 10 pm, we used to pass these sorts of serious students. At dawn, when preparing for the particular day’s class, we used to see these guys from the neighbouring institutions going out and those from our school returning to the hostel to prepare for class.

I was often surprised by the extra-class reading habit of these sorts of students, especially the one during the night hours. I had been asking myself rhetorically, what are these people looking for? Didn’t they have anything important to do? I usually conclude that they were wasting their time.

However, I came to realise albeit late, that I and my like-minded colleagues were really the ones wasting our time doing things that were not of benefit to us to the detriment of our future. That was when the school picked the excellent ones among our set for appointment as prefects when it was our time for ‘shadow’ or rather ‘freedom’ from the shackles of the seniors as we became the seniors.

My second regret was how these reading type colleagues excelled in the SSCE mock examinations taking place at the end of SS II and got their NECO examinations fees waived by the government. The third regret was how those of them given prefect positions were allocated separate and individual rooms in our hostels as opposed to us living in the noisy ‘big parlours’ amidst our junior colleagues.

However, as the saying often goes ‘It is never late for a willing mind’. I tried to embrace the reading habit also for its obvious benefits towards the end of my stay at the secondary school and during my stay at home before being admitted to a pre-degree programme at my alma-mater Umaru Musa Yar’Adua University (UMYU), Katsina.

English literature texts were the major books I read and they made an immense impact on me. On getting to the university, starting from Remedial school, I put lots of effort into getting myself into the real culture of reading and I successfully made it with the help of God, determination and dedication. I ended up among the excellent and leading members of the pioneer law graduates of the university and became a role model to many. This is how it pays to read and read!